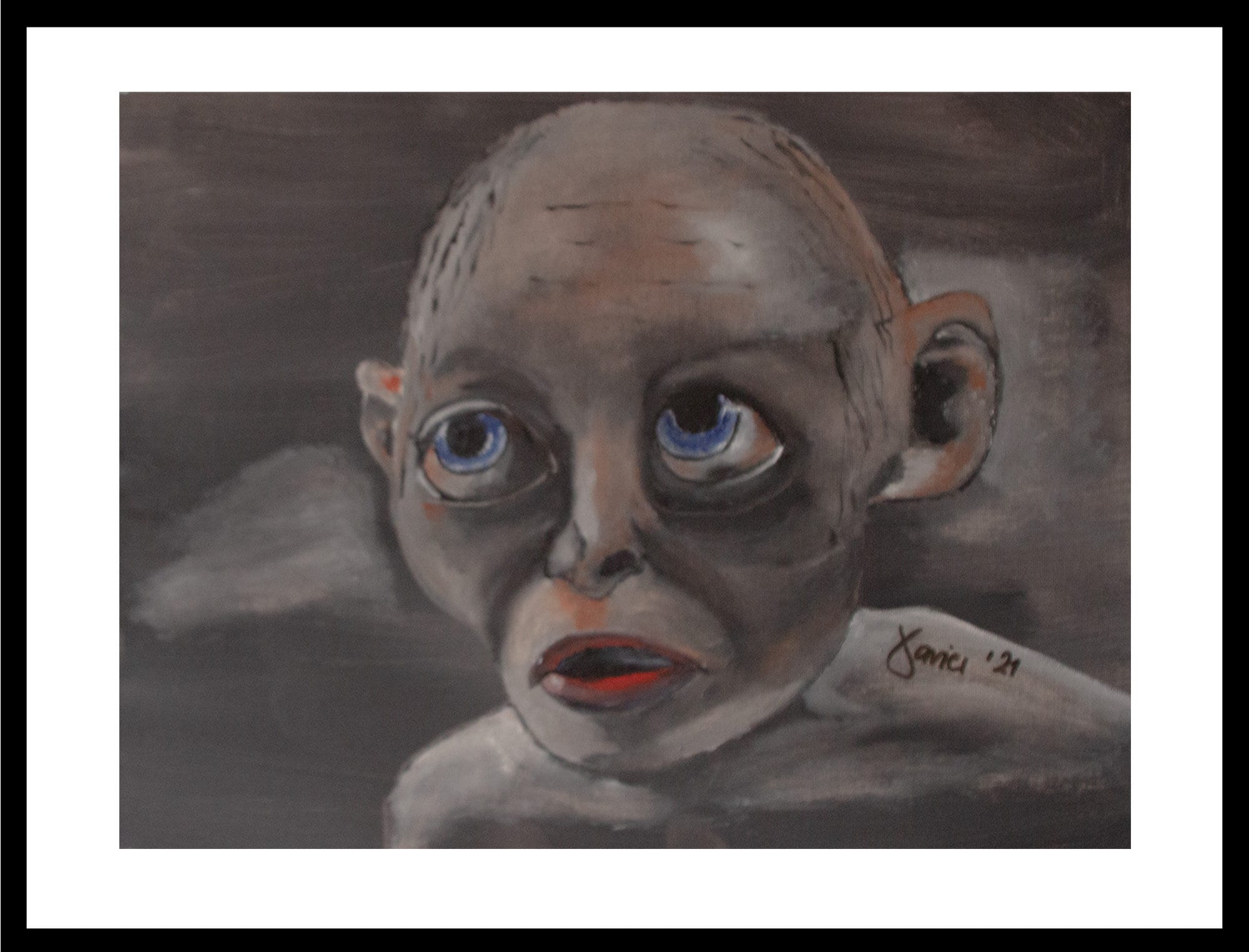 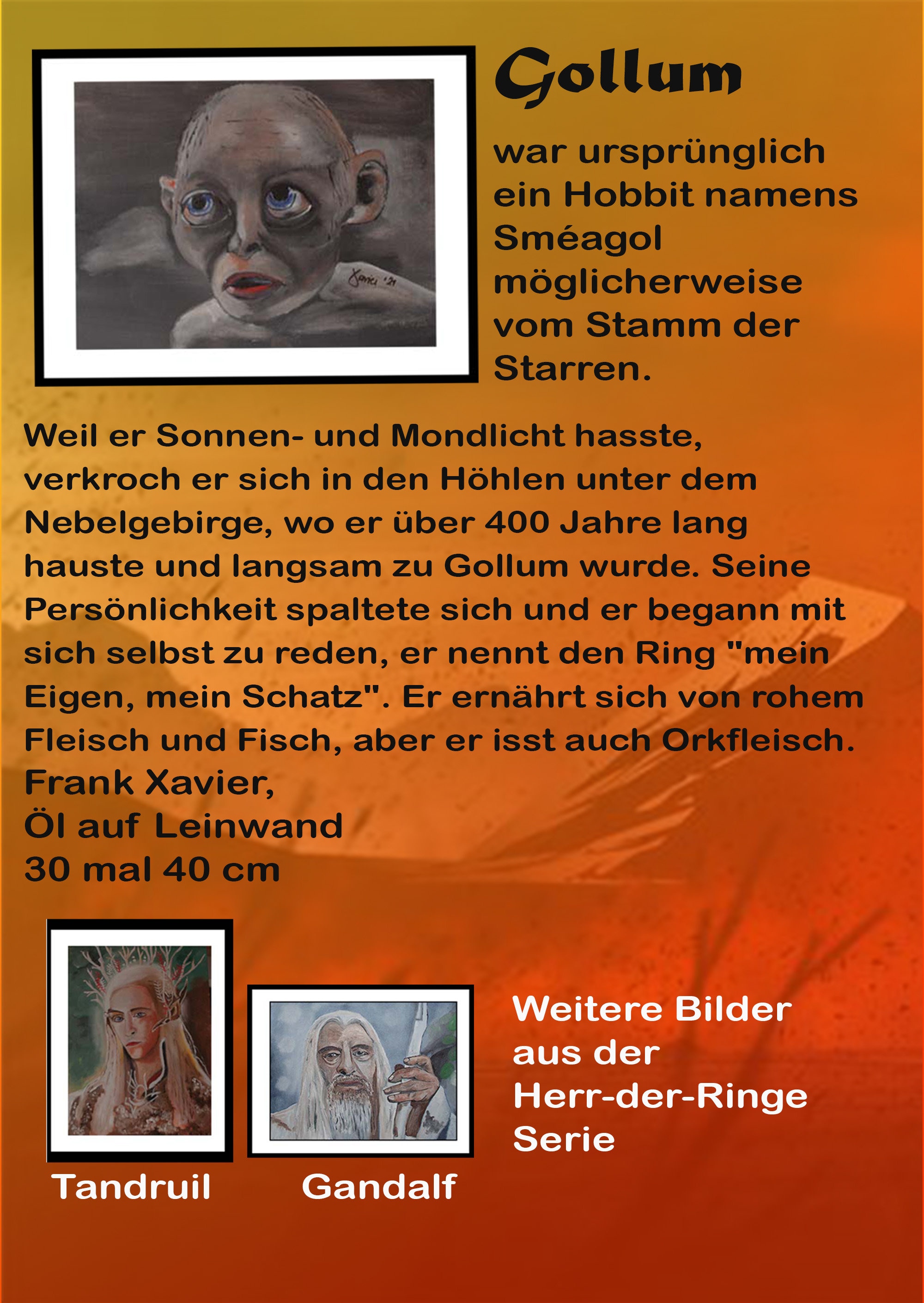 Gollum was originally a hobbit named Sméagol possibly from the Starling tribe.

Because he hated sunlight and moonlight, he hid in the caves under the Fog Mountains, where he lived for over 400 years and slowly became Gollum. His personality split and he began to talk to himself, he calls the ring "my own, my darling". He feeds on raw meat and fish, but he also eats orc meat.