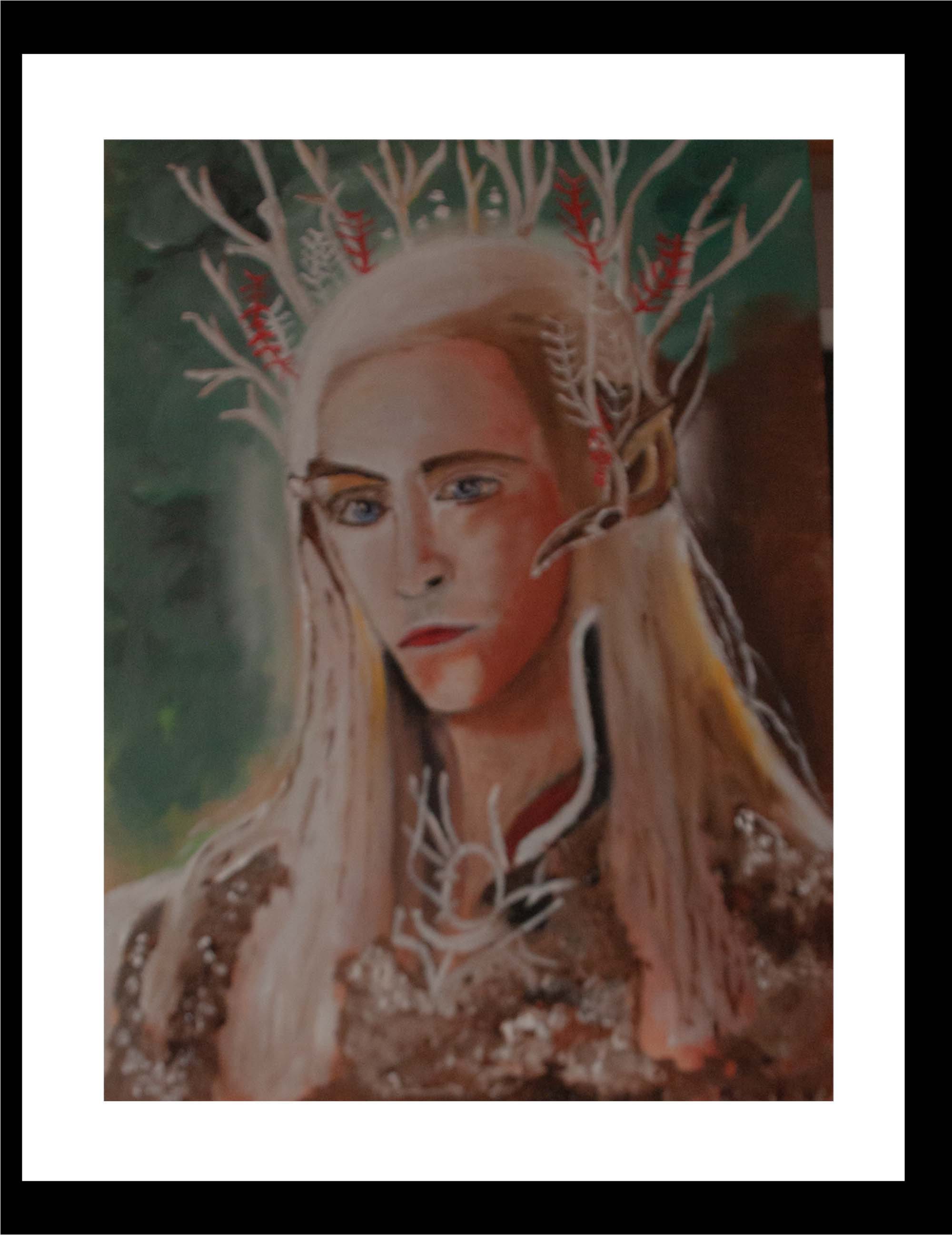 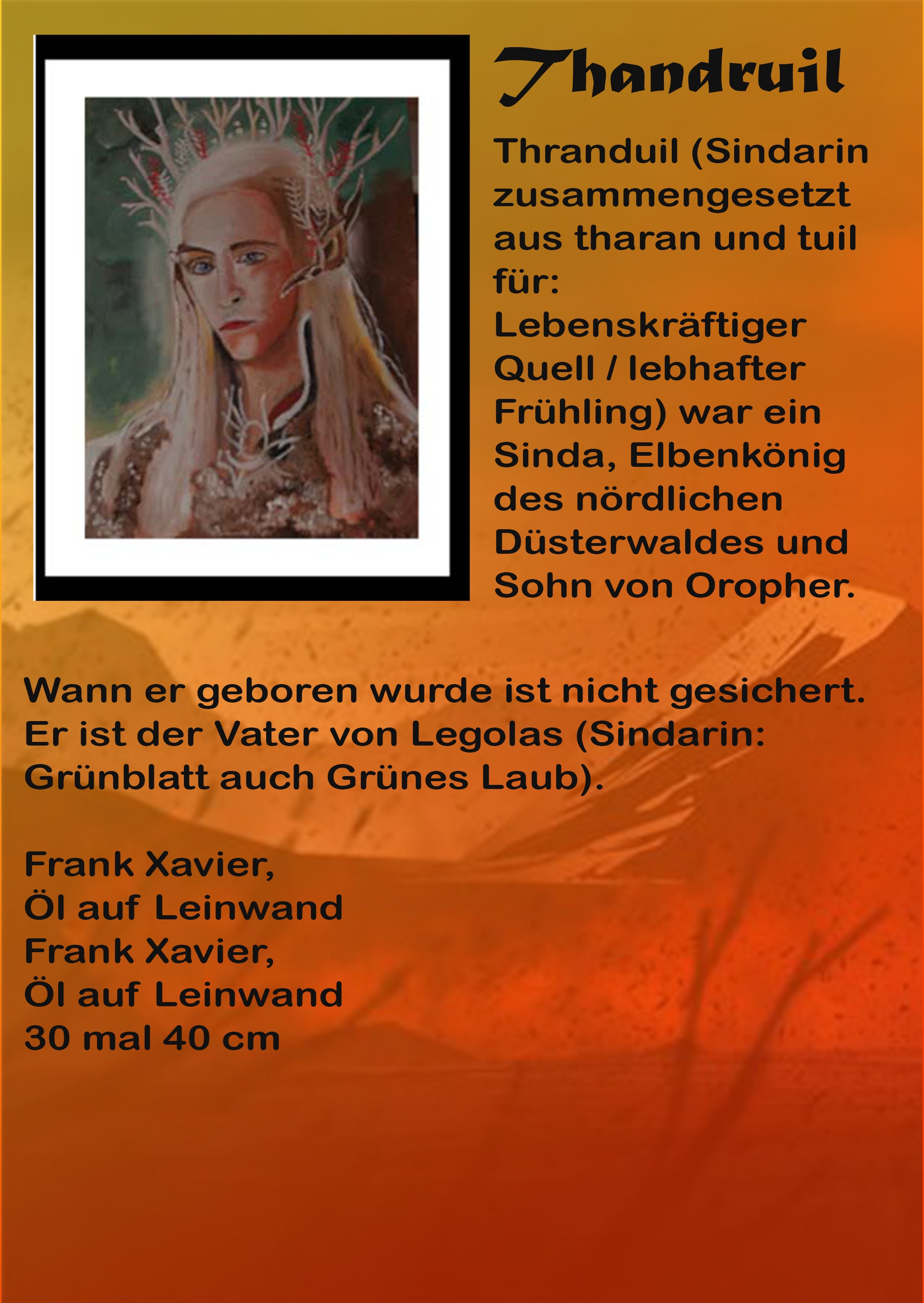 Series - Lord of the Rings: Thranduil, King of the Forest Elves

Thranduil was a Sinda, son of Oropher, father of Legolas and king of the Forest Elves in the northern Dark Forest.

His halls, it was said, were modeled after those of Menegroth, even if they were less large and magnificent. As a forestland king, Thranduil wore a crown of leaves, berries or flowers on his golden head, depending on the season. As a sign of his royal dignity in the Waldland Empire, he wore a carved oak scepter. He lived very close to nature, celebrated festivals in the woodland near his royal halls and obviously found pleasure in hunting, to which he often rode with his entourage. The Elven King had a weakness for The strong red wine of Dorbion and for treasures, especially for emeralds, silver and white gemstones.