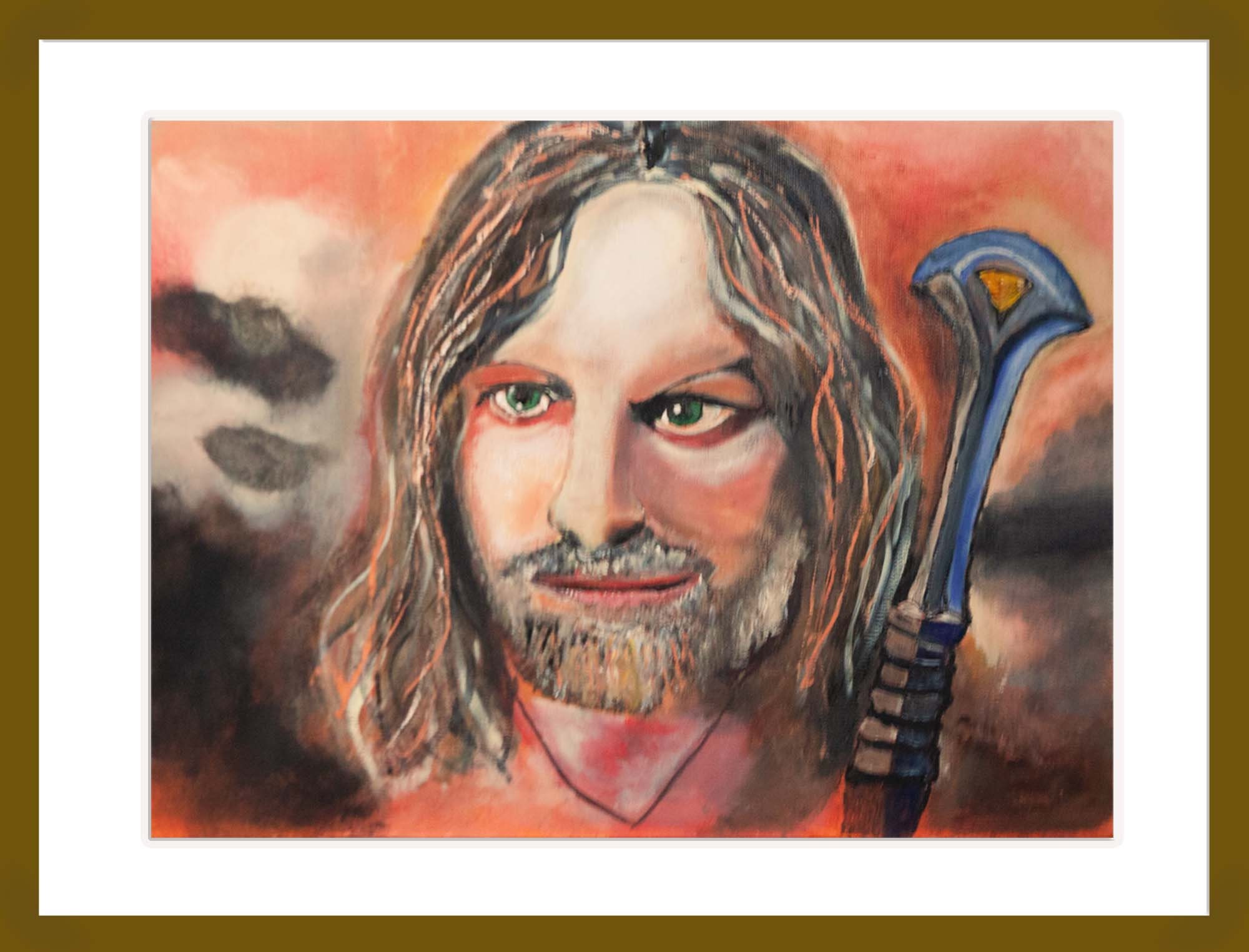 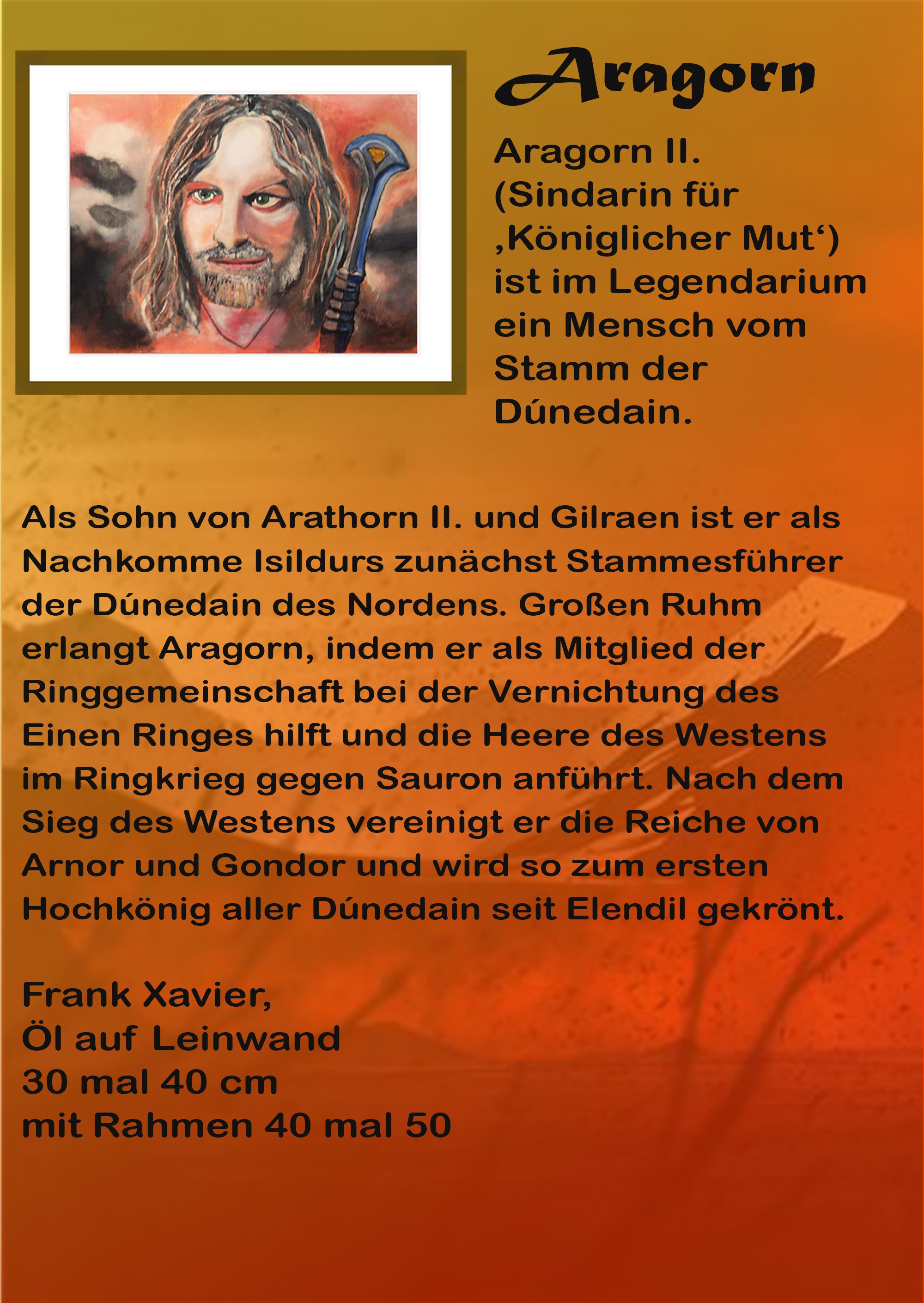 Aragorn II (Sindarin for 'Royal Courage') is a man from the Dúnedain tribe in the Legendarium. As the son of Arathorn II and Gilraen, he is a descendant of Isildur, initially tribal leader of the Dúnedain of the North. Aragorn achieves great fame by helping to destroy the One Ring as a member of the Ring Community and leading the armies of the West in the Ring War against Sauron. After the victory of the West, he united the empires of Arnor and Gondor and was thus crowned the first High King of all Dúnedain since Elendil.